Holidaying in Niagara and Niagara-on-the-lake

Our 1 week vacation has been very fruitful. We have traveled to both Toronto and Niagara of the Ontario province and are now back in (our new home away from home) Halifax, Nova Scotia. But what's worth sharing of this trip is our 3 days well spent in Niagara itself.

Niagara is one of the southern district of Ontario province. Yes, a province which is much larger than Malaysia itself and that's Ontario only. Perhaps the Northern Ontario district could be bigger than Malaysia too. Anyway back to Niagara. When in Niagara, the first thing you want to do is to head to the Falls - Niagara Falls (NF) of course. NF is approximately 1 and 1/2 hours drive from Toronto. There's more than 1 mode of traveling to it. For us we were lucky to have our friend send us over. So one could rent a car and head there besides taking a bus (which is rather regular) with Greyhound or Canadian Coach (approx CAD17-20) or by train (Via Rail for a posh type worth about CAD40-60 or the GoTransit train which is only available on the weekends). The advantage of renting a car is that you'll get the flexibility of visiting the surrounding area of the Niagara region besides the Falls itself. And believe me, there's alot of places of interest to visit!!! With a car, you could also drive across to the US side of the Falls and have another view of the Falls. 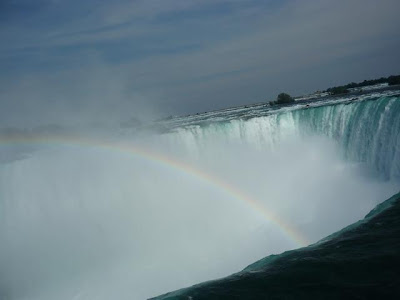 view of Canadian (Horseshoe) Falls with a rainbow 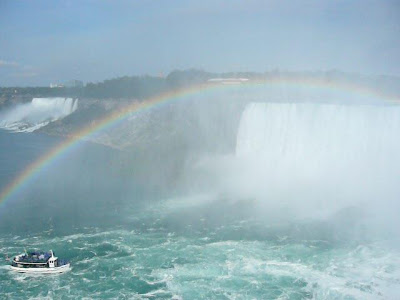 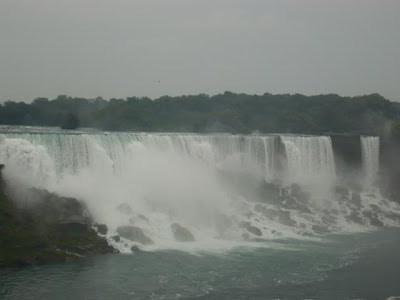 Here's the view of the American Falls

Its also important to sort out your lodgings first before heading there. And it would probably be cheaper if you were to do it online as you may be able to find some offers. There's hundreds of places to put up a night for the eager beavers that'll accommodate the many types of holiday-goers (from the single backpacker, to the romantic couple and family). Of course, you pay more for the big names like Shangri-la or Cliffton. Also note, that the nearer you are to the Falls itself, the more costly it may get although this is not really the case. From hotels, to Motels, to Inns, we finally decided to settle with a Bed & Breakfast place. What's a B&B? For the benefit of those who aren't aware of what it is, a B&B is basically a home which is turned into "sort-of" a inn. They'll provide most of the standard services like bed, TV, shower, towels, drinking water, soap & shampoo and even breakfast. But the only difference is that they do not provide other meals (like lunch and dinner) which are usually available in Inns / Motels or Hotels (for a price of course).

There's many things to do when in Niagara. The most important is to visit the Falls itself. For that, you could spend as much as hundreds or save if you just purchase packages which we did. You see, the Niagara Falls area which covers the Falls and surrounding area is under the provincial government and is designated as a park. So packages should be obtained from the park management itself. There's more than 1 way to purchase them. You could do it online or in person when you arrive to the NF Welcome Center. But do ask your hotels/ inns/ b&b if they provide the NF attractions package within your lodging package. If they do, it usually would be cheaper than buying from the Niagara Falls Park website or the Welcome Center.

We were lucky to have found Ace of Hearts B&B which is not too far from the Falls. What's really good about this B&B is that it's run by a Malaysian lady, Ms Susie Ong (who is now a Canadian citizen of course). Despite being in her golden years, she's still active and has lots of things to share. Its also because of her advice which finally made us decide to extend our stay. You see, initially we thought of just spending 1 night there. The B&B has a tinge of Malaysia to it as one who stays there will notice the furniture being of a classic Straits-born Chinese design. Its not surprising though as we noticed from her photos that Ms Susie's grandparent was a nyonya lady from Singapore who later settled down in Klang. If you ever were to go to NF and don't mind a B&B lodging, I recommend this place. It's clean, neat and makes you feel like you never left home.

So as for the package that we purchased, it comprises of tickets to 2 indoor and 2 outdoor attractions. The indoors are Journey Behind the Falls and Niagara's Fury. The former is basically a trip down to tunnel system which was build almost a century ago during the early years of Niagara tourism industry. The tunnel runs close to the Falls. With it you are able to actually be in the presence of the Falls in close proximity - well actually just beside the falls and not really behind it as the name suggest. As for the later, its nothing more than a 3D simulation that details the story of how the Falls was form. Its pretty interesting given the special effects which kinda puts you into the center of the Falls without the dangers of being in one. Sort of like a Universal Studios kinda thing. 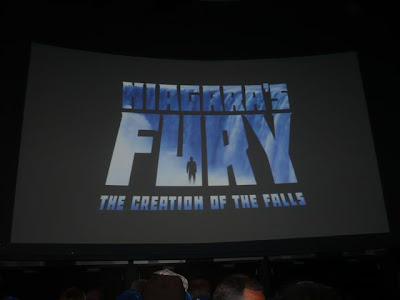 The starting of Niagara's Fury (can't bring camera in though) 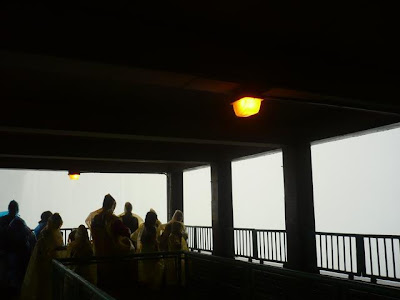 Observation deck from the Journey Behind the Falls tunnel system 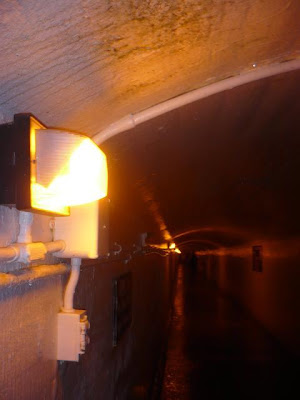 The tunnel system in the Journey behind the falls attraction

The other 2 are outdoors attractions, they are the White Water Walk and last but not least, the infamous, Maid of the Mist. The former, is basically a specially designed walkway area which was built along the banks of the Niagara River which is approximately 3 Kms away from the Falls.

This area is basically fronting the part of the River which has a strong rapid and has been classified as a Class 6 rapid. This means it is the very dangerous and the only way out of it if you were ever to be caught in it is - "death". As for the Maid of the Mist. It is the highlight of our event. The classic ride which has been in operation for over a hundred years, is a must! Its a boat ride which takes you so close to each of the two great falls, both the American Falls and the Canadian (Horseshoe) Falls (which is the larger one). 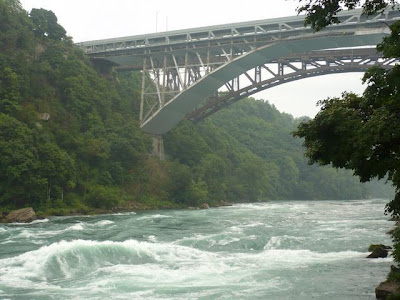 White Water Rapids amidst the bridge 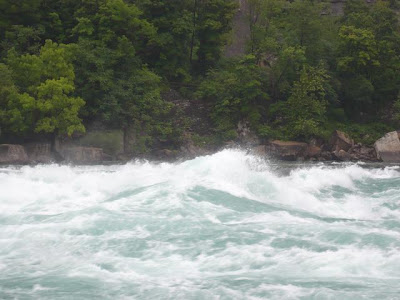 The strong currents of the White Water Rapids 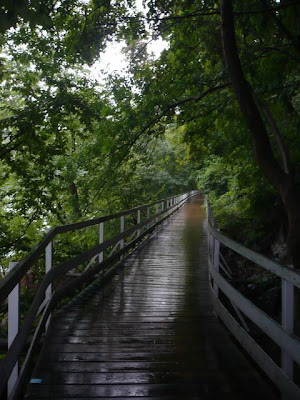 The wooden walk way at the White water rapids 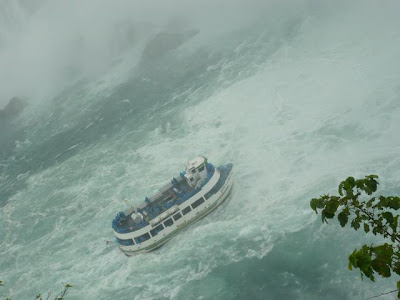 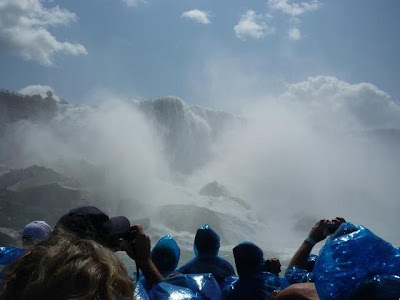 The view of the American Falls from Maid of the Mist 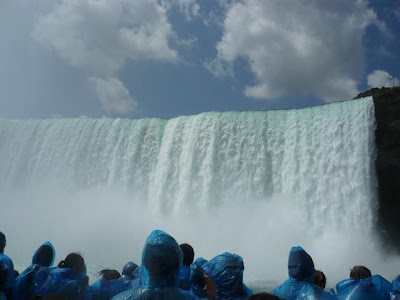 When visiting NF, always check the weather. If it rains, it is always a good idea to head for the indoor attraction first and safe the outdoor for a sunnier day. This happened to us too. So we finished the first 2 indoor event on our first day as it was raining heavily then. The outdoor was done the next day. As part of the package, we were also able to hop on a NF Park's People mover service which is basically a bus service running along the Niagara River Parkway road. This helps people get from one place of interest to another easily. Its also a service which we used often to visit all the other attractions available in NF park. You see, the attractions as part of the package isn't the ONLY thing to go for when in NF, you could also head for the famous Aero Car at the Whirlpool area, or visit the Butterfly conservatory, or the Power Plant. Most of these places requires an entrance fee but some like the visit to the botanical gardens, Queenston Heights Park, Dufferins Island, the Floral Clock @ the Centanial Lilac Gardens, Niagara Glen View Park and the Niagara Parks Public Golf Course are mainly free. One could just enjoy the natural wonders and splendor of the surrounding nature. For us, we enjoyed our walk through Dufferin's Island. I heard that Glen View Park is also quite a place especially for biking. 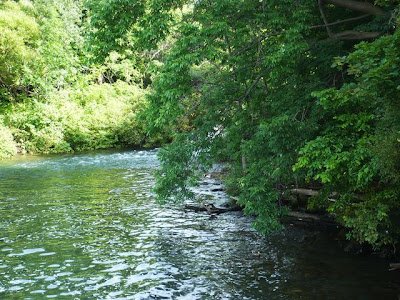 The point where the Niagara meets with Dufferin's Island 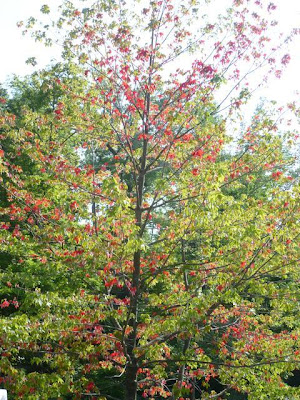 Some trees in the Dufferin's Island Park 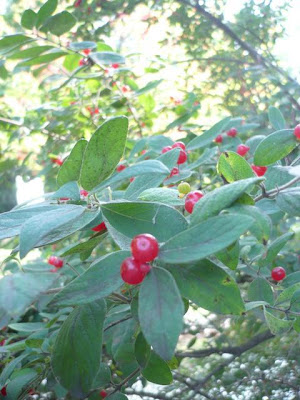 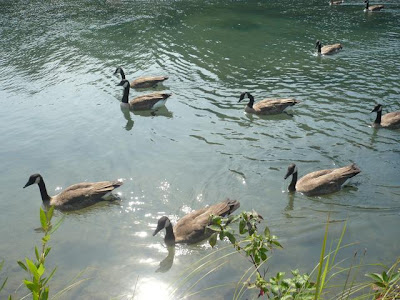 Ducks are a common sight around the parks, lake and river in Niagara especially in Dufferin's Island 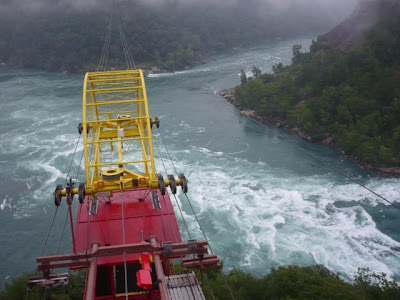 View of the Aero car amidst the Whirlpool. Just look at those rapids. 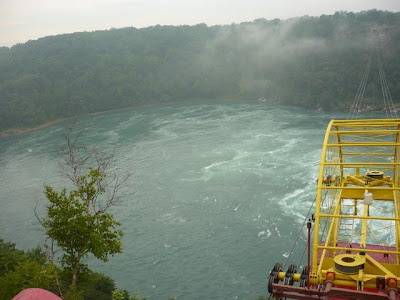 The Whirlpool is the point where the river turns direction 90 degrees and therefore forms a vortex a the point of change. 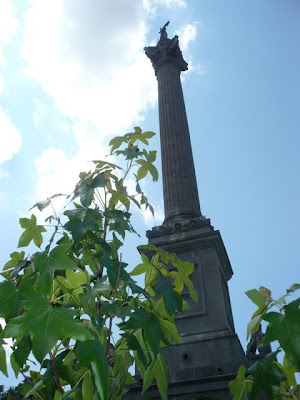 The view of the monument at Queenston Heights Park. At the top of the monument is a statue a fomous loyalist captain during the British rule which fought the Americans who tried to conquer the Niagara region from Upper Canada. The statue was build with the captain showing the thumbs up to the American side indicating victory against the Americans. 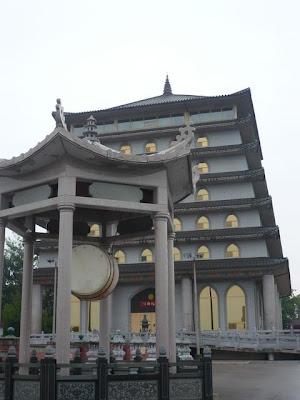 There was also a large Mahayanese temple in the Niagara area.

What's important is that if you ever have the chance to come to Niagara other than in Summer, then you probably should take that chance. Why? Because Summer period like the time we went to, was at its peak! That's when it is most crowded. Even though we went during the weekday, there are still alot tourist around. Peak periods are also the time when everything is at its highest price - especially lodgings. But we were able to escape that as we went during the weekday. To the many, Niagara and its Falls has lots more to offer besides the Falls itself. Come over during the weekday like Wednesday nights or Friday nights and enjoy the spectacular fireworks display and the illumination of the falls during the night which we did enjoy as well. Its a place one can go for all seasons. Like in Winter when the water freezes to ice, it is a spectacular view at night when the light for the illumination shines onto the Falls, giving an amazing crystal like glow and sparkles which cannot be produce at any other time of the year.

Anyway, if you have kids coming along with you, you'd probably have some trouble getting them to be interested in joining you with some of these attractions. They would prefer something more exciting. We didn't try them out but along Clifton Hill, there's loads of amusement centers and fun activities for the family and kids. You'd probably should also check the packages there if you think your kids would be more interested in them. 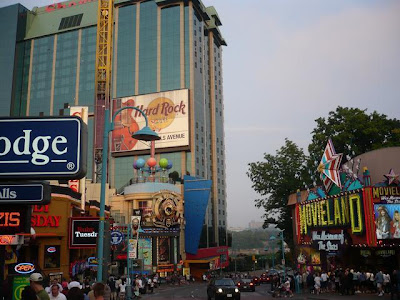 Clifton Hill and its amusement area. Lots of fine dining here too.

The other place of interest while in Niagara Region is to visit Niagara-On-The-Lake. Niagara-On-The-Lake is a town which is famous for 2 things. One is the fact that it is the place which has lots of vineyard and famous for producing the ice-wine (its rather sweet). Its also the prettiest town in Canada and some say Northern America too. Also the 3rd small bit is its famous for its theatrical productions from Shaw Theater. We spend 2 hours or so there but neither of us bought anything as it was pretty expensive and at tourist price tags. Only thing we enjoyed was the view of Lake Ontario from the town's park. 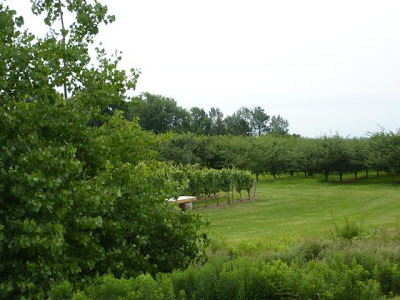 The vineyard in Niagara-on-the-lake 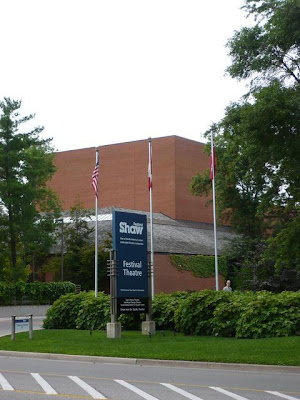 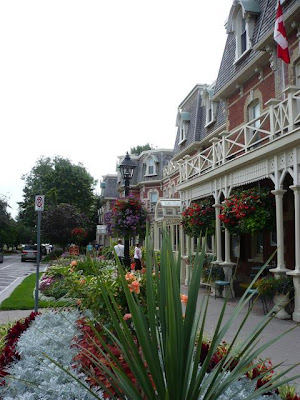 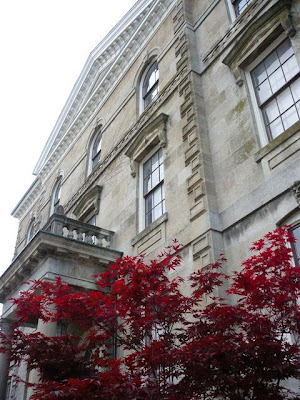 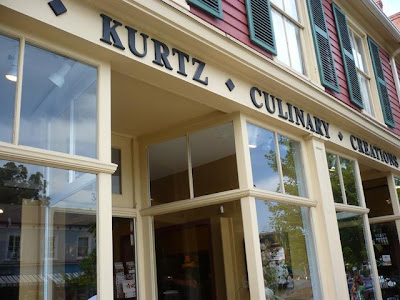 A typical shop at Niagara-on-the-lake 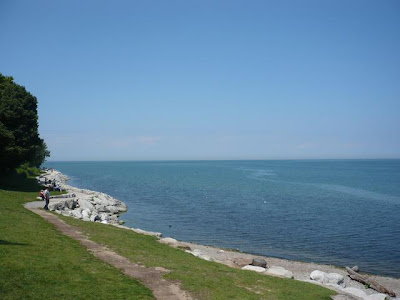 View of the lake from Niagara-on-the-lake
Posted by WebSphere Guy at 5:34 PM