You probably wouldn't be surprised that I am a fan of Google Maps. It has alot of cool features that are useful for those who needs directions. Now what's even more interesting for us is that it has "transit" option view for Halifax Regional Municipality (HRM). This is great especially when you don't want to be lugging around a map and the bus directory along with you.

Here's a birds eye view of HRM without transit feature on. 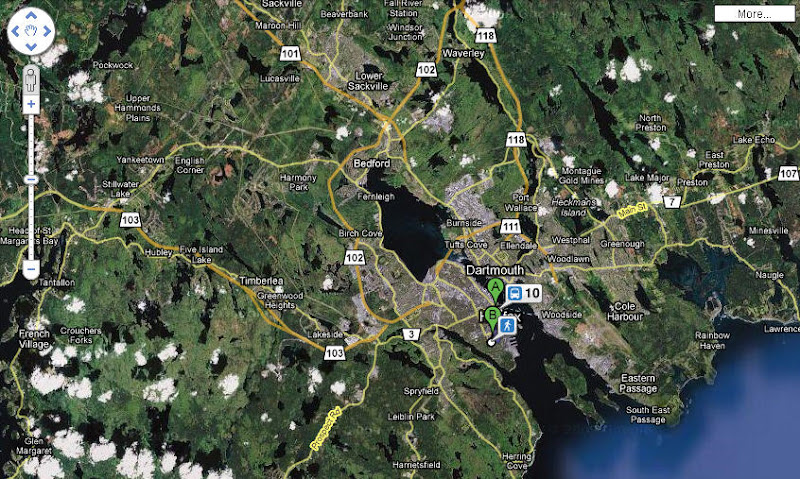 And here's one after turning on the transit feature. 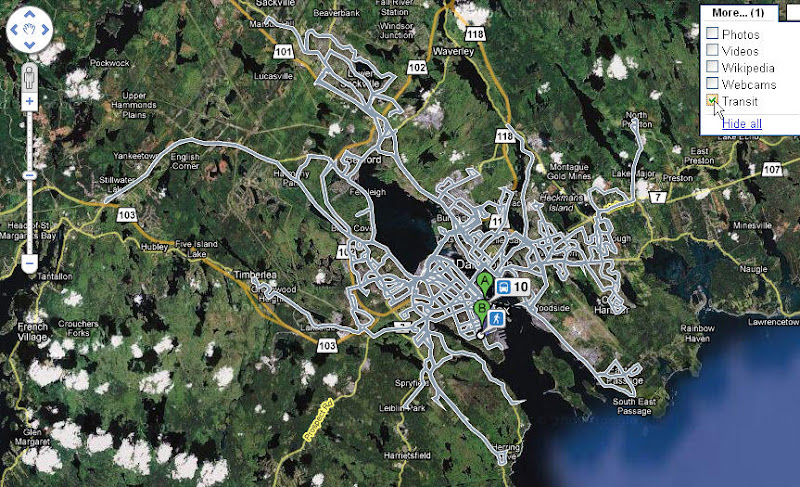 Noticed the difference? It immediately shows all the various roads that has bus routes that passes by them.
If you zoom in a little deeper, you'll notice that it shows a bus icon which indicates a bus stop. If this is a train route then of course it would be a train icon. And if you were to click on it shows all the buses and their numbers that stops at that bus stop. 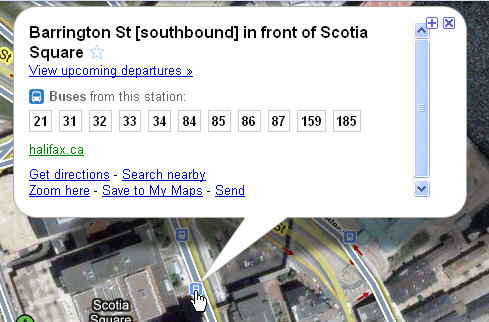 Click on "view upcoming departures" would show you in detail the various time each of theses buses would be expected to arrive at that particular stop. Transit feature may not be available for all cities. So far, based on my research, other major cities in Canada like, Toronto, Calgary and Montreal has it. Surprisingly, the capital like Ottawa doesn't nor does Vancouver.

Posted by WebSphere Guy at 2:42 PM